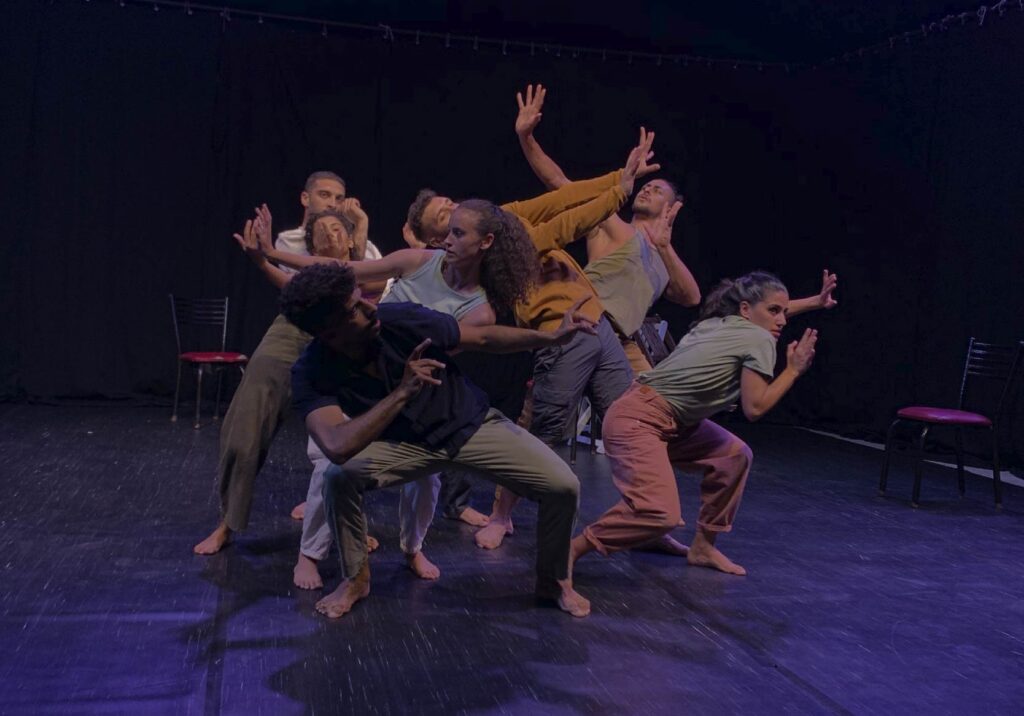 It is a project to produce a dance show that takes its name from the famous game (Musical Chairs), also known as (Journey to Jerusalem), and the game is based on the principle of exclusion and includes (people, chairs, music), with a chair less than the number of people and when the music stops any player fails in sitting on the chair that is eliminated, then a chair is removed and the process is repeated until only one player remains. Where we will replace the people in the game state to the dancers in the show, and the dancers try to weave multiple stories within the game frame, based on a metaphor for the endless mixing of individuals within the system. Conflict, space, chair, are reference words that the dancers use to draw a curve along which the final context of the performance follows.