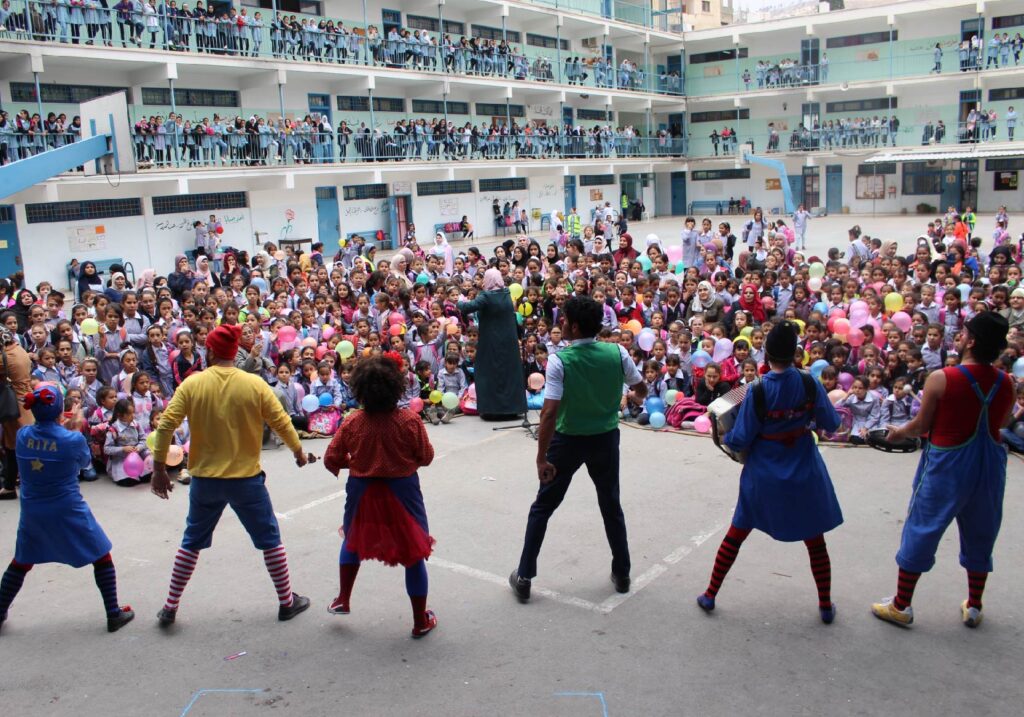 The project was implemented between the Palestinian circus School and Clowns without Borders – France.

A joint production and a series of performances between The Palestinian Circus School and Clowns Without Borders—France, took place between 21st of October and 9th of November, 2019.

“All locations where we performed are missing all kinds of artistic and cultural activities, there-for; I see it is very important to reach out for them, and give the children there a moment of laughter and happiness. Since most of the loca-tions are affected directly by the Israeli Occupa-tion” Noor Abu Al Rub

Performed by: 3 Artists of the PCS team: